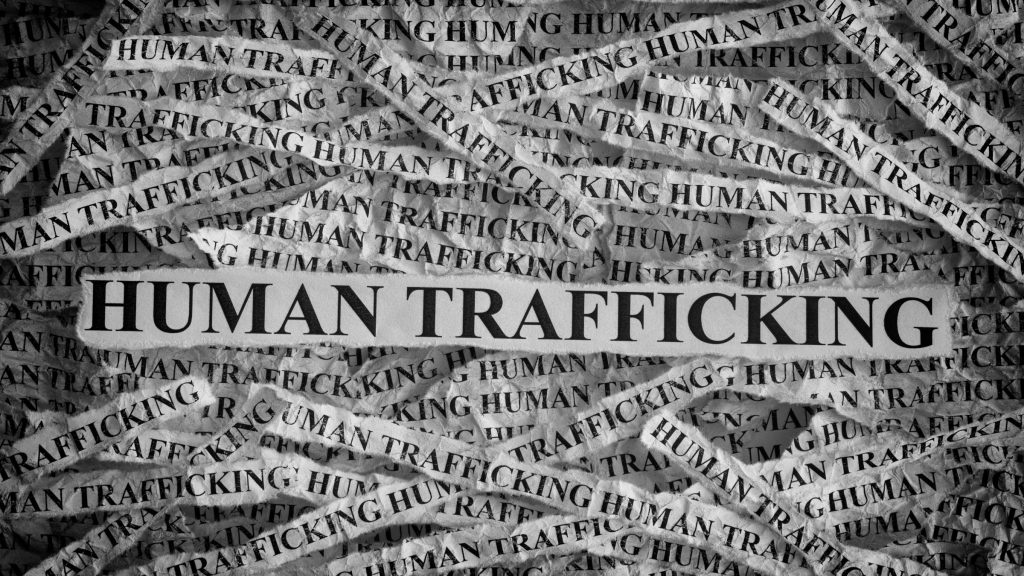 Human trafficking, according to the National Human Trafficking Hotline, “is a form of modern-day slavery in which traffickers use force, fraud, or coercion to control victims for the purpose of engaging in commercial sex acts or labor services against his/her will.” Working with law enforcement and advocacy partners, the Delaware Department of Justice has prosecuted human traffickers in Delaware and shut down businesses found or suspected to be engaging in human trafficking.

Take action by informing yourself, your friends and family and your community about human trafficking. Read about the definitions, facts, current laws and legislation, and resources to escape human trafficking or to report it. Know the signs – It could save someone’s life.

What is Human Trafficking?

According to the Polaris Project, “Human trafficking is a form of modern slavery—a multi-billion dollar criminal industry that denies freedom to 20.9 million people around the world. And no matter where you live, chances are it’s happening nearby. From the girl forced into prostitution at a truck stop, to the man discovered in a restaurant kitchen, stripped of his passport and held against his will. All trafficking victims share one essential experience: the loss of freedom.”

According to the Polaris Project, “Sex trafficking is a form of modern slavery that exists throughout the United States and globally. Sex traffickers use violence, threats, lies, debt bondage, and other forms of coercion to compel adults and children to engage in commercial sex acts against their will. Under U.S. federal law, any minor under the age of 18 years induced into commercial sex is a victim of sex trafficking—regardless of whether or not the trafficker used force, fraud, or coercion.”

According to the National Human Trafficking Hotline, “Sex trafficking is the recruitment, harboring, transportation, provision, obtaining, patronizing, or soliciting of a person for the purposes of a commercial sex act, in which the commercial sex act is induced by force, fraud, or coercion, or in which the person induced to perform such an act has not attained 18 years of age (22 USC § 7102).”

According to the Polaris Project, “Labor trafficking is a form of modern slavery that exists throughout the United States and globally. Labor traffickers – including recruiters, contractors, employers, and others – use violence, threats, lies, debt bondage, or other forms of coercion to force people to work against their will in many different industries. Labor traffickers often make false promises of a high-paying job or exciting education or travel opportunities to lure people into horrendous working conditions. Yet, victims find that the reality of their jobs proves to be far different than promised and must frequently work long hours for little to no pay. Their employers exert such physical or psychological control – including physical abuse, debt bondage, confiscation of passports or money – that the victim believes they have no other choice but to continue working for that employer.”

According to the National Human Trafficking Hotline, “the Trafficking Victims Protection Act of 2000 (TVPA) defines labor trafficking as: “The recruitment, harboring, transportation, provision, or obtaining of a person for labor or services, through the use of force, fraud or coercion for the purpose of subjection to involuntary servitude, peonage, debt bondage or slavery” (22 USC § 7102(9)).””

Learn about the myths and misconceptions regarding human trafficking HERE.

What are the Facts?

Although slavery is commonly thought to be a thing of the past, human traffickers generate hundreds of billions of dollars in profits by trapping millions of people in horrific situations around the world, including here in the U.S. Traffickers use violence, threats, deception, debt bondage, and other manipulative tactics to force people to engage in commercial sex or to provide labor or services against their will. While more research is needed on the scope of human trafficking, below are a few key statistics:

The International Labour Organization estimates that there are 20.9 million victims of human trafficking globally.

The International Labor Organization estimates that forced labor and human trafficking is a $150 billion industry worldwide.

The U.S. Department of Labor has identified 139 goods from 75 countries made by forced and child labor.

In 2016, an estimated 1 out of 6 endangered runaways reported to the National Center for Missing and Exploited Children were likely child sex trafficking victims.

These facts were compiled from The Polaris Project and the National Human Trafficking Hotline.

What are the Signs?

Are you or someone you know being trafficked? Is human trafficking happening in your community? Recognizing potential red flags and knowing the indicators of human trafficking is a key step in identifying more victims and helping them find the assistance they need.

Common Work and Living Conditions: The individual(s) in question

This list is not exhaustive and represents only a selection of possible indicators. Also, the red flags in this list may not be present in all trafficking cases and are not cumulative. Learn more at www.humantraffickinghotline.org.