In June 2020 Attorney General Jennings unveiled a police reform agenda that would ensure greater accountability and more robust protection of our civil rights while keeping our communities safe and standardizing the good practices that some of Delaware’s best police officers already use across the state.

Those reforms–which include a combination of internal reforms at the DOJ, law enforcement agency policies, and proposed legislative fixes–were unveiled on June 10, 2020. They include: 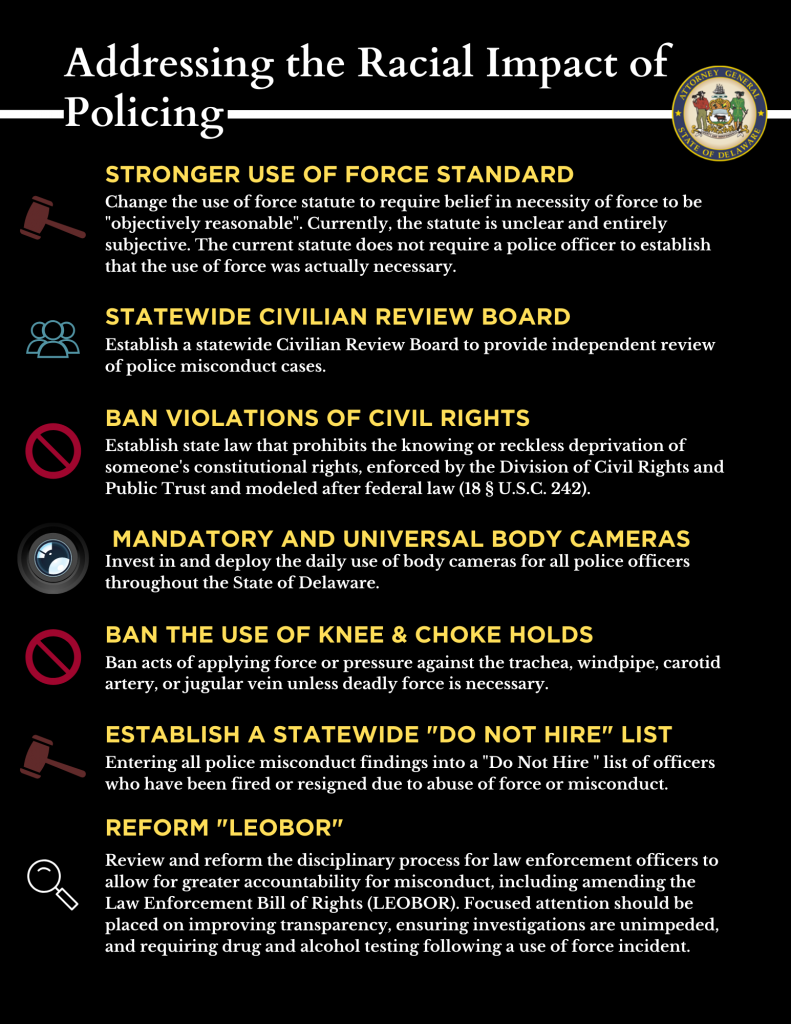 Objective use of force standard for self-defense

Change the police use of force statute to require belief in the necessity of force to be “objectively reasonable”. Currently, the statute is unclear and entirely subjective. The current statue does not require a police officer to establish that the use of force was actually necessary.

Establish a law that criminalizes the knowing or reckless deprivation of someone’s constitutional rights, enforced by the Division of Civil Rights and Public Trust. This would be modeled after federal law, 18 U.S.C. 242.

Invest and deploy the daily use of body cameras for all police officers throughout the state of Delaware. The usage of body worn cameras should mandatory and universal.

Ban the use of knee holds, choke holds

Ban acts of applying force or pressure against the trachea, windpipe, carotid artery or jugular vein unless deadly force is necessary.

Establish a statewide searchable database of police misconduct findings and a “Do Not Hire List” of officers who have been fired or resigned due to abuse of force or misconduct.

Review and reform the disciplinary process for law enforcement officers to allow for greater accountability for misconduct, including amending the Law Enforcement Bill of Rights. Focused attention should be placed on improving transparency, ensuring investigations are unimpeded, and requiring drug and alcohol testing following a use of force incident.

Ban the forfeiture of property, if not accompanied by an arrest for a felony crime.

Develop a statewide use of force standard for every police agency

Create a minimum, statewide standard requiring officers to exhaust all reasonable alternatives before using deadly force, to intervene to stop another officer from using excessive force, and to report any use of force policy violations.

Review and reform programs between probation and parole and law enforcement that currently provide expanded search and seizure opportunities for those on probation to analyze racial impact and effectiveness. 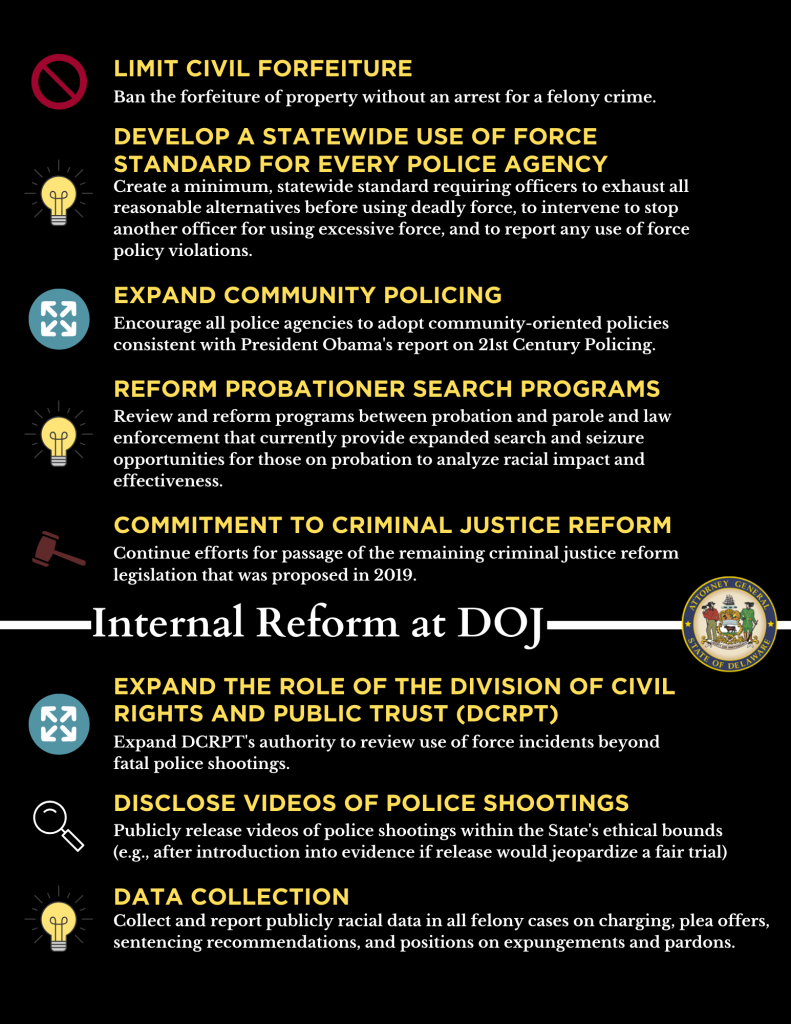 Expand DCRPT’s authority to review use of force incidents beyond fatal police shootings.

Publicly release videos of police shootings within the State’s ethical bounds (e.g., after introduction into evidence if release would jeopardize a fair trial)

Collect and report publicly racial data in all felony cases on charging, plea offers, sentencing recommendations, and positions on expungements and pardons.