Delaware is under a State of Emergency. Here are answers to frequently asked questions about what this means for you. More Info


Listen
A supplement to this report was released on September 22, 2020.

Four Wilmington Police Department officers shot Jeremy McDole on September 23, 2015. The Delaware Department of Justice (DOJ) undertook an investigation to determine whether any of the four officers should be charged with a criminal offense. As detailed in this report, DOJ also examined whether, notwithstanding any potential violations of criminal law, there were deficiencies in the Wilmington Police Department’s policies and/or training that should be corrected in light of Mr. McDole’s shooting, to ensure that similar incidents do not occur in the future.

The scope of the investigation into Mr. McDole’s death was much broader than the scope of prior investigations that have been undertaken by DOJ regarding police-involved shootings. There were a number of reasons for this. First, this case was the first police-involved shooting since Attorney General Denn assumed responsibility in January 2015 where there was a bona fide question as to whether the individual who was shot was armed with a weapon at or around the time of the shooting. This created a need for a broader factual investigation. Second, concerns were raised by Mr. McDole’s family as to (among other things) (1) the integrity of the scene of the shooting (and, in particular, whether evidence may have been placed at the scene by Wilmington Police Department officers), (2) the possibility of prior contact between Mr. McDole and one or more of the officers involved, and (3) the possibility of additional video of the incident. All of these issues had to be thoroughly investigated by DOJ investigators, in addition to their investigation of the shooting incident itself. Third, a decision was made early in the investigation that, notwithstanding any issues of criminal liability, the shooting raised serious questions about the Wilmington Police Department’s preparation of its officers, which DOJ should attempt to address through the use of outside experts for the future benefit of both the Wilmington Police Department and other Delaware police departments. All of these factors resulted in an investigation that was more extensive than other investigations of police-involved shootings.

Original Cellphone Video – This is the footage of the incident that a witness recorded using a cellphone.

Processed Cellphone Video – This is footage recorded on the witness’ cellphone that has been processed by the Federal Bureau of Investigation for detailed viewing of the incident, showing the movement of Mr. McDole in the moments just before the second shots fired by police.

Auto Zone – Surveillance camera footage from the Auto Zone store parking lot (1800 Lancaster Avenue), facing Lancaster Avenue from 3 p.m. to 3:30 p.m. on Sept. 23, 2015. This camera does not have footage of the officers or Mr. McDole.

Euro Garage 1 – Surveillance video footage from the Eurocar 2000 auto repair shop at 100 S. Lincoln St. from 3 to 3:30 p.m. on Sept. 23, 2015. This camera faces the intersection of South Lincoln and Tulip streets. Wilmington Police Officer Joseph Dellose is shown arriving on Tulip Street in his police car and exiting the vehicle, obtaining a shotgun and then running toward Mr. McDole (who is not visible) between 3:15 and 3:16 p.m.

Liberty Gas Station 1 – Surveillance video footage from the Liberty Gas Station, located at 1816 Lancaster Ave. Two of the feeds in this video are from cameras on the back of the gas station, facing Tulip Street. The footage shows onlookers and movements of Wilmington police officers, but does not show the incident or any footage of Mr. McDole. The feeds from the other two cameras in this footage show the gas station’s front entrance and pizza counter. The time stamp on these videos is several minutes behind those from Euro Garage.

Liberty Gas Station 2 – Surveillance video footage from the Liberty Gas Station, located at 1816 Lancaster Ave. This camera, stationed outside the gas station, shows the area around the front entrance to the gas station. There is no footage of the incident but does show individuals reacting after the incident. The time stamp on this video is several minutes behind those from Euro Garage.

Images taken from cellphone video that was enhanced by the Federal Bureau of Investigation, showing Mr. McDole’s movements just before a fatal series of shots fired by police officers. 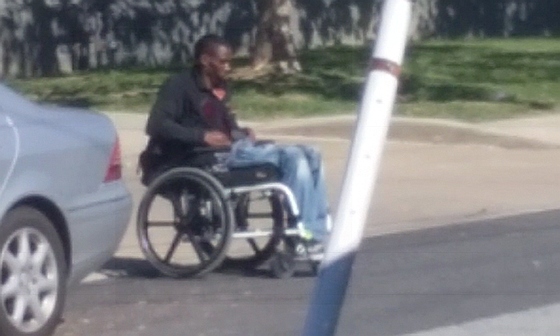 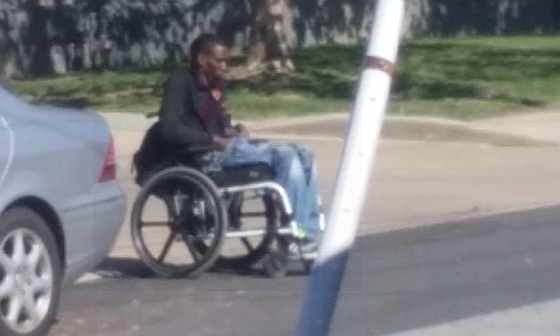 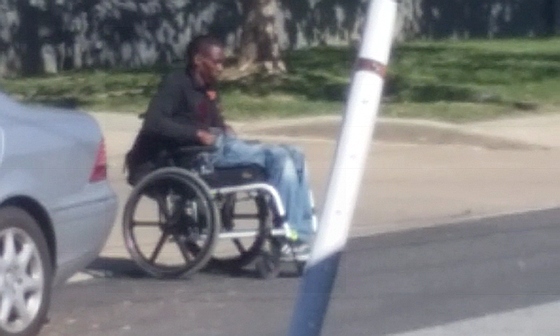 The following photographs were not included on this page at the time of its original publication; in the interest of transparency, the DOJ updated this page on July 28, 2020 to include those photos after their omission was brought to our attention. 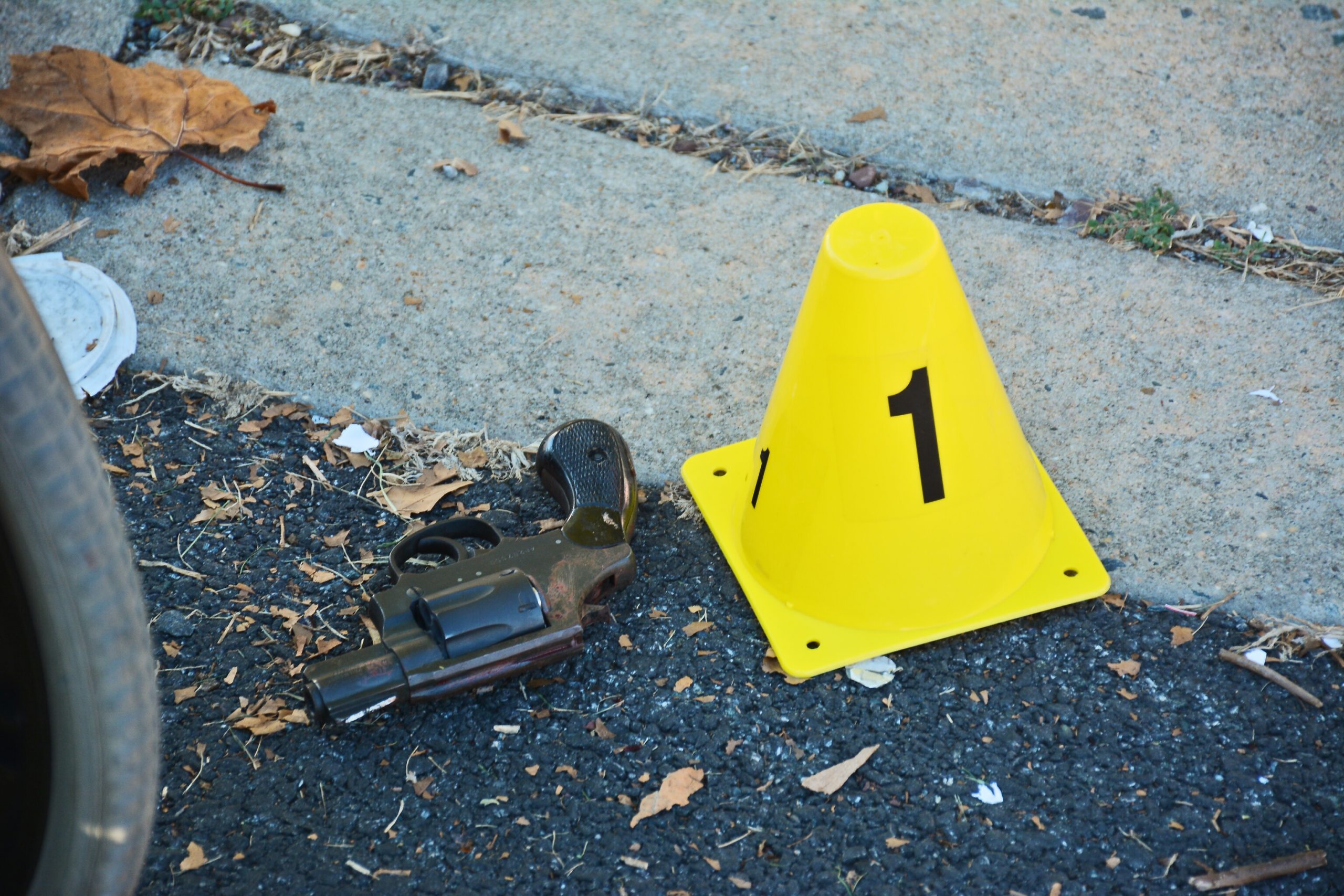 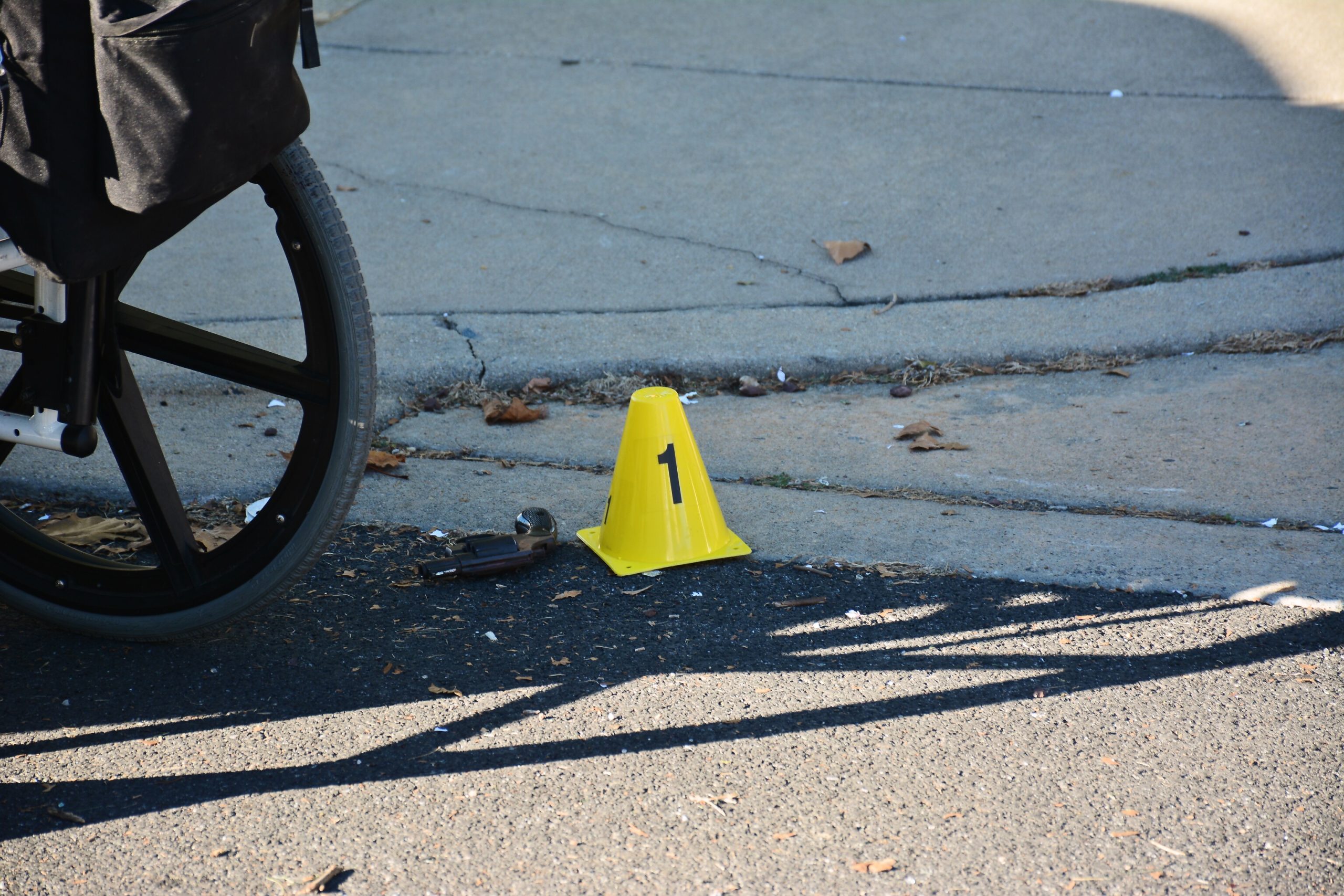 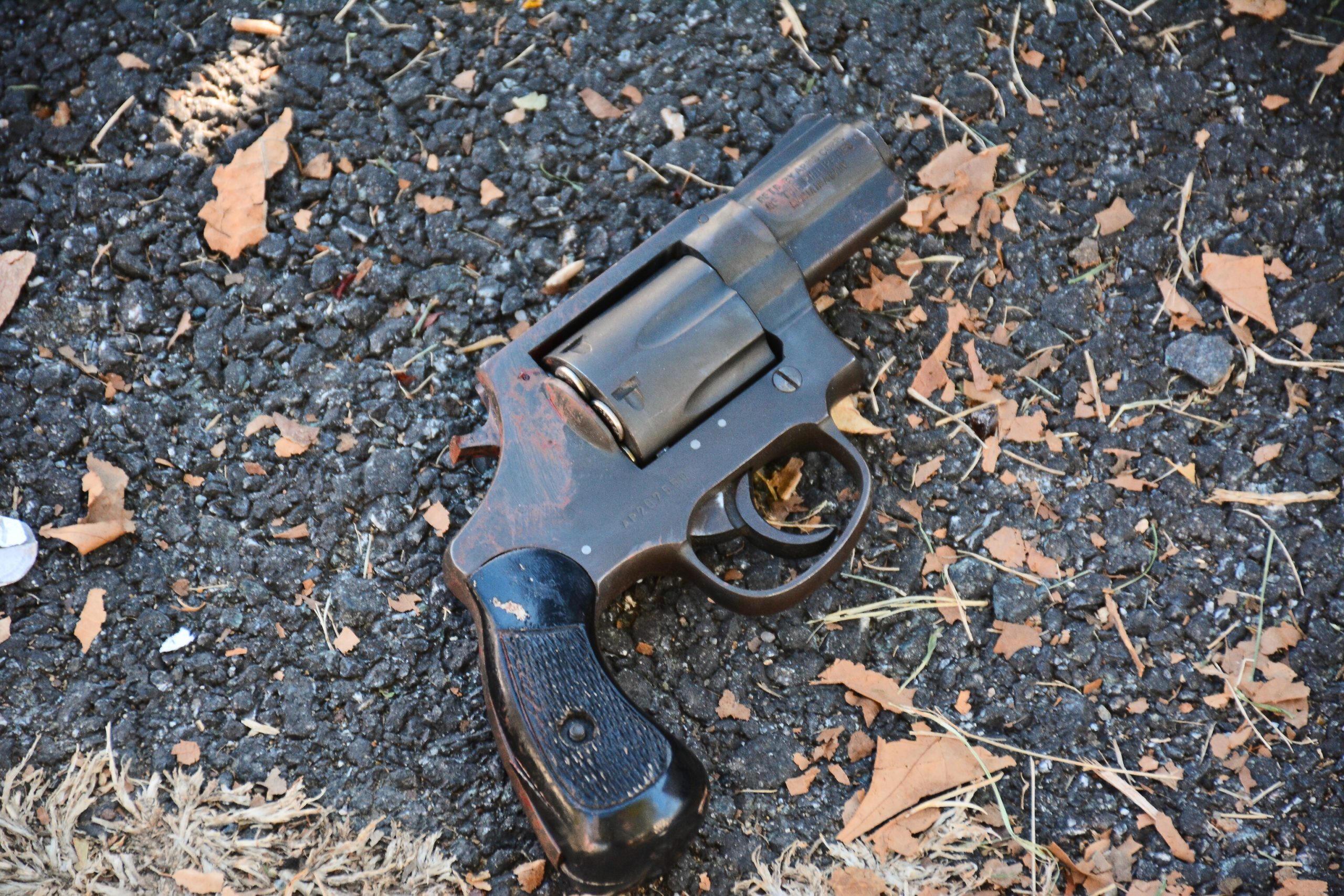 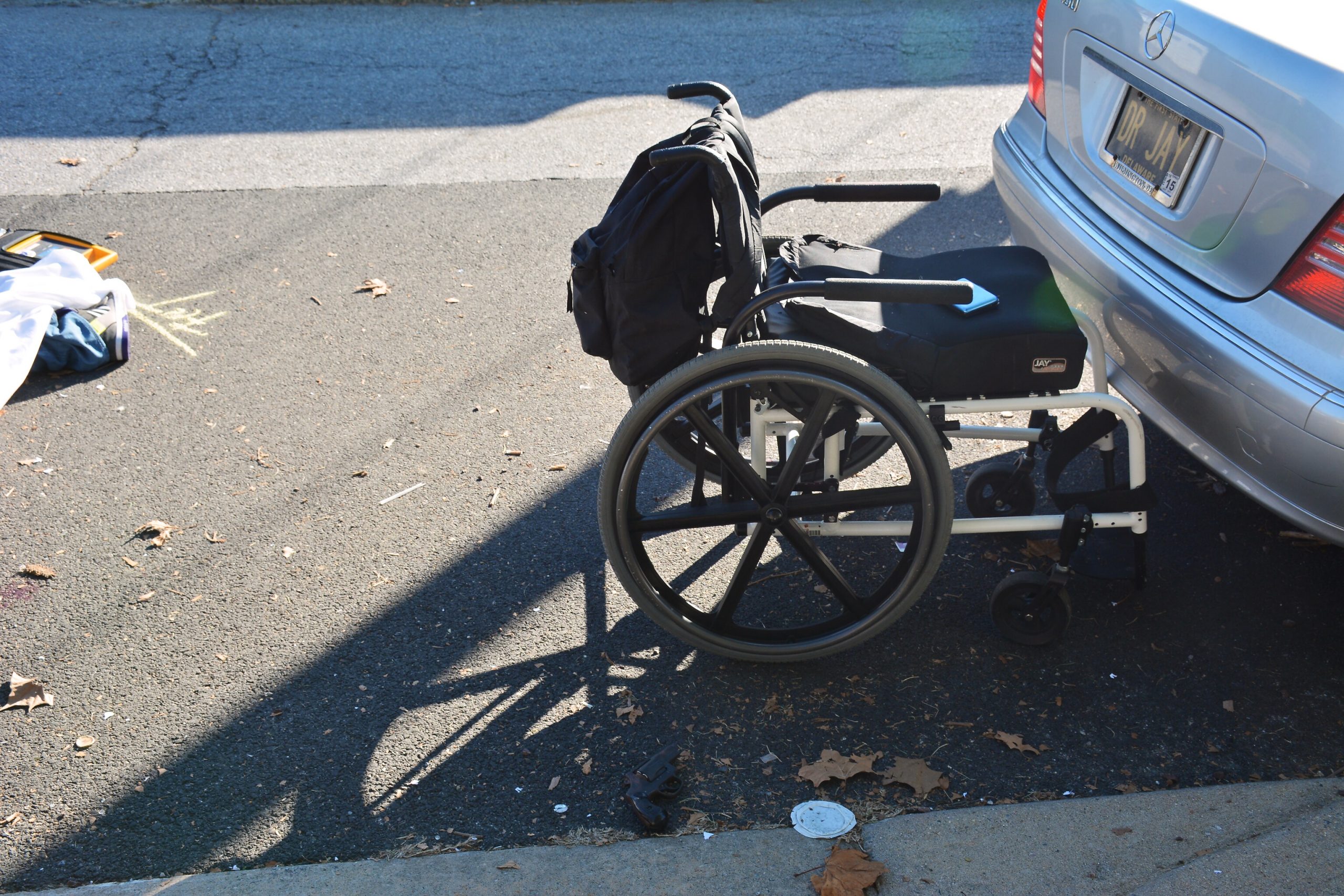 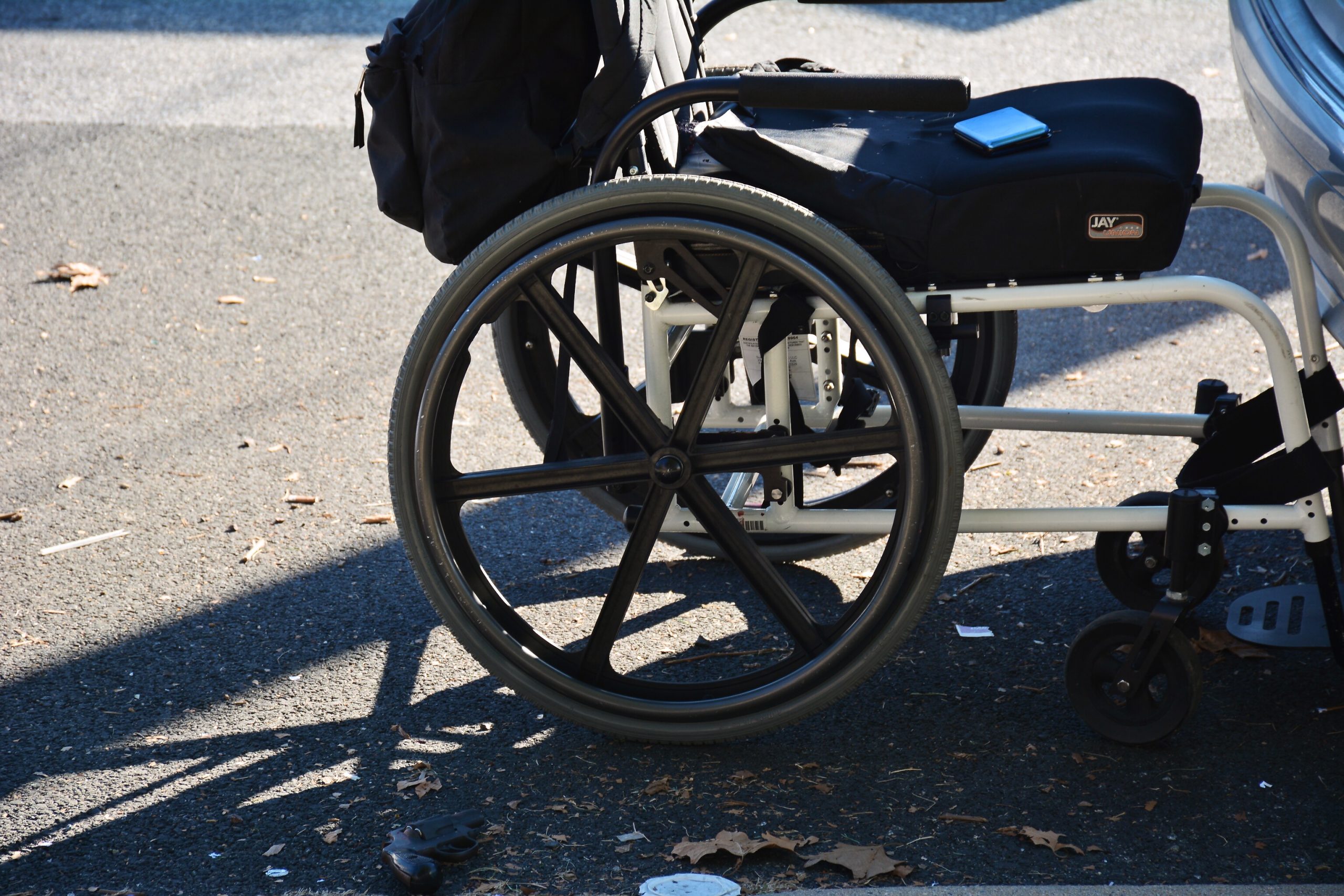 Audio of the 911 call made on September 23, 2015 by a woman shopping at AutoZone. Part of this audio file was previously released by Wilmington Police. Names of people the caller is speaking to at her location while she is on the call have been redacted.